God Speaks Two Languages. Do You Know His Voice? 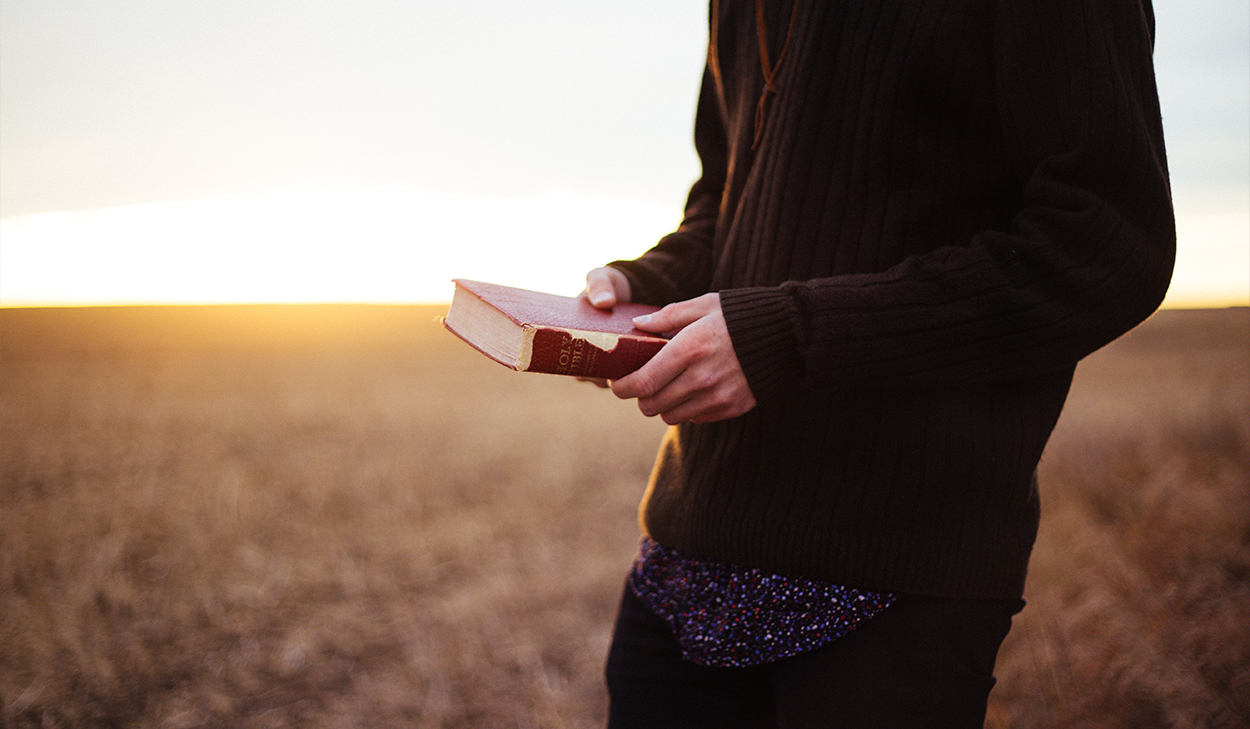 Even after serving as an international missionary for the past 30 years, I am not great at languages, with the possible exception of my native tongue, the English language. I have studied four years of French, three years of Greek, two years of Hebrew, and have picked up a little Russian, Spanish, and even less Chinese, Japanese, and Hindi over the years. So I understand a little of seven other languages. But truth be told, I really only speak English.

What is God’s primary language? Do you hear and understand His voice? In Psalm 19, David describes two universal languages that God chose through which to reveal Himself. One voice He speaks is through His creation and the other voice is through His Word. The more we hear and understand His voice in creation and in His Word, the more we will thrive in this life here on Earth!

God Speaks to You Through the Beauties of His Creation

Have you ever had your breath taken away and been rendered speechless at the sight of something absolutely spectacular? A sunrise or a sunset, the beauty of fall foliage or spring flowers, an ornate bird, a verdant forest, the foaming ocean, or catching a glimpse of billions of stars on a pitch black night?

David says in Psalm 19 that God’s voice is heard and God’s glory is declared by the beauty, wonder and majesty of the world He has created for us to enjoy.

“The heavens declare the glory of God; the skies proclaim the work of his hands. Day after day they pour forth speech; night after night they reveal knowledge. They have no speech, they use no words; no sound is heard from them. Yet their voice goes out into all the earth, their words to the ends of the world.” -Psalm 19:1-4a

God’s creation is a speechless, wordless form of revelation wherein God makes His voice known throughout the entire world so that every single person is ultimately confronted with the reality of His existence and of His self revelation. It is undeniable! The Apostle Paul comments on this fact in Romans 1:19-20 when he observes, “since what may be known about God is plain to them, because God has made it plain to them. For since the creation of the world God’s invisible qualities—his eternal power and divine nature—have been clearly seen, being understood from what has been made, so that people are without excuse.”

David and Paul both acknowledge that God’s creation presents all humanity with an undeniable awareness of God’s existence—specifically His “eternal power and divine nature” are made known to everyone in the world! Thus every person of every faith and every atheist and every agnostic is confronted with the undeniable proof of God’s existence by the witness of God’s voice through His creation! Paul goes further to argue this point, “But I ask: Did they not hear? Of course they did: ‘Their voice has gone out into all the earth, their words to the ends of the world (Romans 10:18).’”

“In the heavens God has pitched a tent for the sun. It is like a bridegroom coming out of his chamber, like a champion rejoicing to run his course. It rises at one end of the heavens and makes its circuit to the other; nothing is deprived of its warmth.” -Psalm 19:4b-6

With beautiful poetic language, David explains that all of God’s creation has design, order, purpose and meaning! He gives an example of God’s beautifully designed order in the sun which operates in such a way as to bring life and warmth to the entire world every single day—and the sun does so with rejoicing under God’s rule and reign!

God’s revelation through creation is referred to in theological terms as “general revelation.” This type of revelation is sufficient for all humanity to know that God exists and that He is all powerful and supernatural, but insufficient for us to know the pathway to salvation and an abundant life. David therefore transitions this Psalm to explain what theologians call “special revelation,” which refers to God giving the world His Holy Scriptures, the Bible, to fully make Himself known to us. God’s Word is a gracious gift from God that is essential for us to know God personally for salvation and eternal life.

What a beautiful litany David provides of the many blessings that come to us from reading and observing God’s Word:

Knowing the immeasurable value that God’s Word brings to our lives, we do well to drink deeply of its wealth and wisdom through daily reading and reflection.

“They are more precious than gold, than much pure gold; they are sweeter than honey, than honey from the honeycomb. By them your servant is warned; in keeping them there is great reward. But who can discern their own errors? Forgive my hidden faults. Keep your servant also from willful sins; may they not rule over me. Then I will be blameless, innocent of great transgression.” -Psalm 19:10-13

David continues the theme of the previous section by further enhancing the value of God’s Word in our lives:

The Ultimate Expression of God’s Word is Through the Incarnation of the Living Word, Jesus

John tells us in his gospel account that Jesus Christ is the eternal Word of God who came to fully reveal God to all humanity:

“The Word became flesh and made his dwelling among us. We have seen his glory, the glory of the one and only Son, who came from the Father, full of grace and truth.” -John 1:14

The final word from God, if you will, is Jesus Christ. Knowing Jesus personally and intimately is the absolute best way to know God. Hearing Jesus’ words is the ultimate revelation of God to our hearts.

“May these words of my mouth and this meditation of my heart be pleasing in your sight, Lord, my Rock and my Redeemer.” -Psalm 19:14

After expounding upon the beauty of God’s voice in making Himself known to us through His creation and through His Word, the psalmist then focuses on his response to God’s speaking to him. David prays and asks God to receive his words and thoughts as pleasing to God. As we see, hear, and heed the richness and graciousness of God’s revelation to us both in nature and in His Word (and in Jesus), we are transformed into His character, His likeness, and His glory. This enables our words and our thoughts to actually be pleasing to God—to bring Him pleasure!

Kurt serves as East-West's President and CEO, providing leadership and oversight to all worldwide ministry endeavors in the more than 70 countries in which East-West currently operates. Kurt and his wife, Pat, live in Dallas, Texas, and have nine children and seven grandchildren.