Sharing the Gospel with the Religiously Unaffiliated

As the name indicates, the group does not claim a particular religion. Though it may be easy to say this group does not have a faith, the religiously unaffiliated do have beliefs.

What is “religiously unaffiliated”?

The religiously unaffiliated include atheists and agnostics. Atheists do not believe in God. Agnostics believe the existence of God is unknown or unknowable.

Many atheists and agnostics come to these conclusions because they either question religious teachings or dislike religious leaders and organizations, according to Pew Research Center.

Many factors could lead someone to question religion, especially Christianity. But there is substantial evidence to support the existence of God, the divinity of Jesus, and the reliability of the Bible. Explain this evidence as a jumping off point for a spiritual conversation. Showing the reality of God and Jesus may lead to a fruitful gospel conversation.

“For since the creation of the world God’s invisible qualities—his eternal power and divine nature—have been clearly seen, being understood from what has been made, so that people are without excuse.” -Romans 1:20

Creation itself is evidence for God. Every natural thing on Earth and beyond Earth proclaims God’s existence.

Consider the origin of the universe. Many scientists today agree the universe had a beginning, which was likely caused by a cosmic explosion. The fact that the universe is measurably expanding is evidence for this explosion, called the Big Bang Theory.

The question is, what caused the Big Bang? How was something created out of nothing? Michael Strauss, an experimental particle physicist and a Christian, argues that God and the Big Bang go hand in hand. When “God created the heavens and the earth (Genesis 1:1),” Strauss says it very well could have been a big bang.

Strauss also points out that many scientists—even non-Christian scientists—have observed patterns in the universe that look as though they were created by a designer.

The presence of moral values in the world also support the existence of God. What is the origin of morality if God did not give it to people?

Finally, the surest evidence for an all-powerful Creator is one Man’s resurrection from the grave. 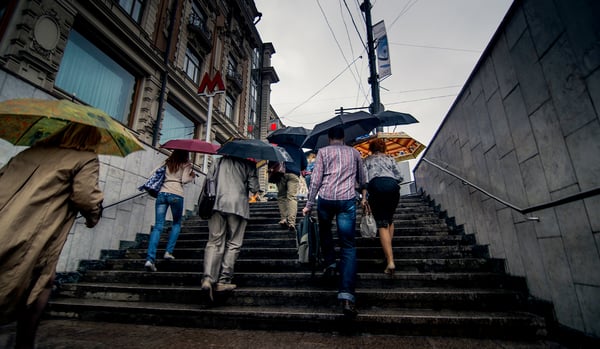 In the book “Evidence that Demands a Verdict”, Josh and Sean McDowell present historical writings that help verify what the gospels say Jesus did. These accounts talk about Jesus performing miracles, being resurrected, and being seen by multiple people after His resurrection.

The resurrection is important because if He did not have a bodily resurrection, He might have just been another prophet. The resurrection proves Jesus and God are one, which is vital for establishing Jesus’ authority with skeptics.

“Evidence that Demands a Verdict” outlines various eyewitness accounts to a living, breathing Jesus after His crucifixion, as well as testimony from early church leaders who heard firsthand accounts.

Some skeptics argue that these eyewitness accounts—such as the gospels—have discrepancies and cannot be trusted. But J. Warner Wallace, a retired cold case detective, notes that multiple eyewitness testimonies rarely line up exactly; details may vary from person to person. What matters is that the core of the testimonies remains consistent, which they do in the gospels.

If Jesus was resurrected from the grave, then the only logical explanation is that He is the Son of God and what He said is true.

Jesus came to Earth to live a perfect life in order to be a perfect sacrifice, a propitiation for our sins. Whoever believes in Him and accepts His gift of salvation will have eternal life (John 3:16). If skeptics can accept the evidence for Jesus, it’s an open door to share this good news with them.

Evidence for the Bible

Lastly, skeptics often doubt the reliability of the Bible, an ancient book with no known original copies.

Archeology has also uncovered evidence of historical events and places described in the Bible. Ruins of a city in Jordan destroyed in a fiery disaster is believed to be the site of Sodom, and a stone tablet depicts the Tower of Babel and King Nebuchadnezzar II.

The Bible is not a fictional storybook but an ancient historical text, which describes the sacrifice of Jesus and God’s love for humanity.

For the religiously unaffiliated to fully hear the gospel, they need to logically see that Christianity is not full of folklore or false teachings. Atheists and agnostics likely have more questions and critiques than are described in this blog. So point them to resources that may answer more of their questions. Some churches have ministries for those who question the faith, and websites such as gotquestions.org address common questions about the Bible.

You can also refer skeptic friends to testimonies of Christians who once rejected God, such as C.S. Lewis and Lee Strobel.

Finally, ask questions about their reasons for rejecting God, Christianity, or religion in general. Some may have come to their conclusions based on their own research; others may just be relying on what other skeptics have told them. You may find their faith in no faith is not as rock solid as they think.

Remember to not approach a friend’s skepticism in a condemning way, but show them that God has been patient and loves them dearly (2 Peter 3:9).