A Fruitful Harvest: Stories from a Mission in South Asia, Part 3 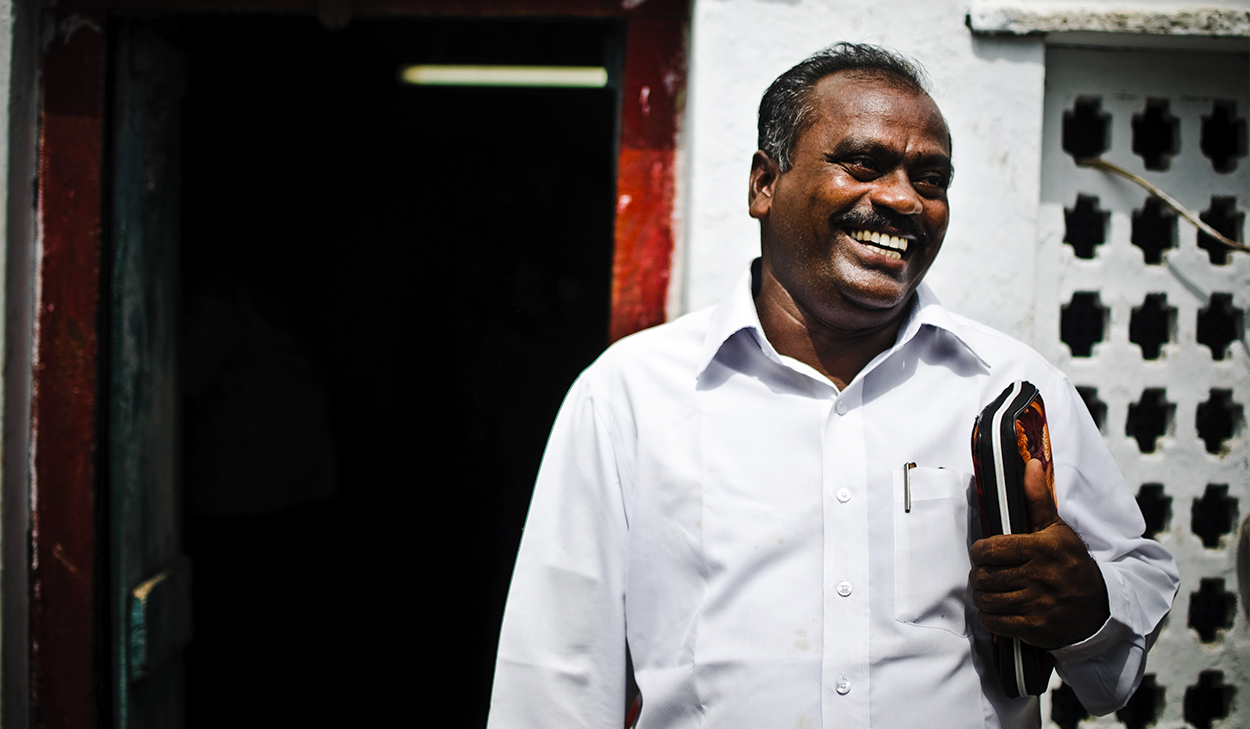 Ali* is a pastor in South Asia who attended a Four Fields training hosted by East-West a few years ago. After being trained and praying for two years to take the gospel to a specific area in his country, Ali finally traveled to that region with two translators. This is the second post in a three-part series about the ways God worked during that trip. Read the first and second posts in this series.

The journey for Ali and the translators was coming to a close. Before making their way to their final destination, the men made a quick stop to drop off one of the translators. There, the station manager for the town, a man named Baba*, asked if he could get a ride to the town where the men were traveling. They agreed and loaded the car for what they thought was the last leg of the trip.

But more roadblocks were ahead. Looking out the car window, Ali saw miles and miles of sand and what seemed to be oddly shaped stones lining the road. The more he looked, the more the stones began to take form. Shapes that resembled a snake began to emerge, and then the image of an elephant trunk became clear. The men were driving down a road lined with images of Hindu gods.

Ali sensed that the team needed to get off of this road and told the driver to take a route through a mountain. Not long after getting on their new route, clanking and grinding noises echoed from the engine. The car slowed, and the men had to stop in the next town to survey the damage.

The engine seemed to have given out, and the men decided they needed another car to make it to their last destination. But with all the shops in the town closed for the Muslim holiday, chances of finding a rental were next to impossible.

But Baba had a connection. He called the station manager in this town to see if he had any cars available. Within minutes, a man pulled up in a bigger, newer, air-conditioned car for the men to use for the rest of their journey. Ali and his companions were overjoyed and asked Baba how much they owed him for the car. But Baba insisted they didn’t owe him anything. Ali figured they could pay Baba once they dropped him off, and so the men hopped in the car to get back on the road.

As Ali and the translators sped for the next 150 kilometers to their final stop, they discussed all the miracles they had seen from God over the past couple of days while Baba listened quietly from the backseat. At a rest stop to get water, everyone got out of the car except Ali and Baba. Ali took the opportunity to share the gospel with Baba, who had never heard about Jesus’ sacrificial love. By the time the rest of the men returned to the car, Baba had accepted Jesus as his Savior. He had found new life on the side of a highway.

Finally, the men arrived at their last stop. Ali and the translators once again asked Baba how much they owed him for the car. Baba only hugged them and asked them to pray for his family. The men agreed and said their goodbyes to their new brother in Christ.

It was late in the evening when Ali and the translators arrived at the house for their last meeting. To their surprise, the porch was full of people who were waiting for them. The people came to hear the men preach.

Everyone crammed inside the house as Ali and the translators shared the gospel with the crowd. That night, more than 20 people came to faith in Jesus. Though it was late, the crowd couldn’t help but celebrate. The people prepared food and drinks and reveled late into the night.

Over the course of two days, Ali and his companions traveled more than 2,200 kilometers, shared the gospel with 250 people, and saw nearly 60 people accept Jesus as their Savior. Along the way, Ali and the translators displayed persistence and boldness on a long and difficult journey. But in the end, they recognized that it was God who had paved the road for them to reach the lost in South Asia.

Receive the Latest Updates from the Field

To get stories, news, and more, sign up to receive ministry updates from East-West.