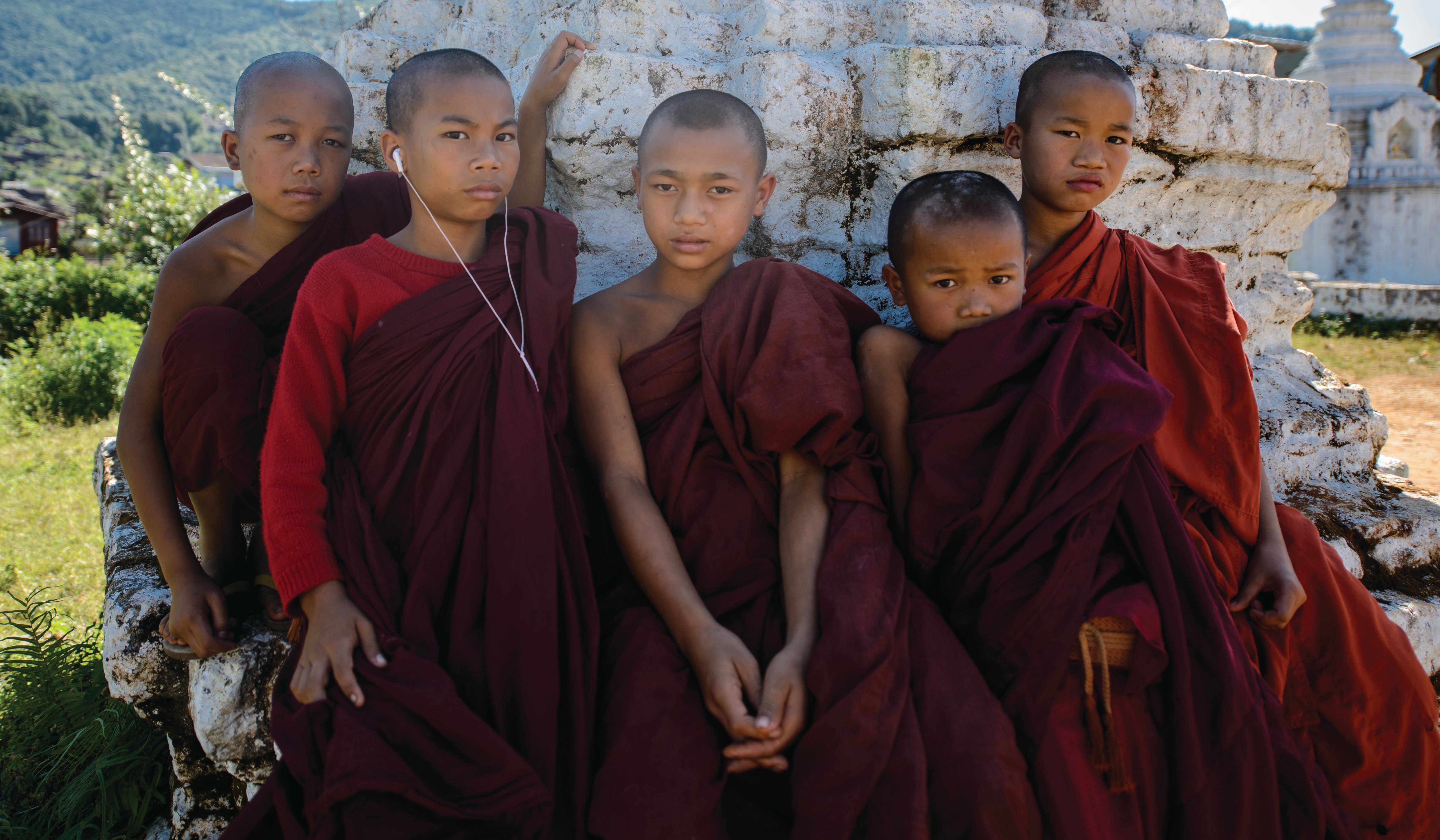 This post is part of a series on Major World Religions. East-West’s hope is to equip believers with facts, stats, and tips on engaging people of other religions with the gospel of Jesus Christ. Read the last post about what Hindus believe.

Buddhism was founded in India and is the fourth largest world religion. Due to its Asian roots, close to 99% of all Buddhists live in the regions of East, South, and Southeast Asia. China has the largest percentage of Buddhists (50%), followed by Thailand (13%), Japan (9%), and Myanmar (8%). There are 2.8 million Buddhists who call North America home.

“To avoid all evil. To do good. To purify one’s mind. This is the teaching of all the Buddhas.” –Dhammapāda

Siddhartha Gautama (Buddha) left his life of luxury as Indian royalty in search of truth and meaning. After six years of yoga, asceticism, deprivation, and days spent meditating under a tree, Buddha claimed to find enlightenment. The results of his experiment formed Buddhism.

Although founded without belief in a higher power, some Buddhists now worship Buddha as a god and believe in his Four Noble Truths.

In addition to these Four Noble Truths and the Noble Eightfold Path, Buddhists adhere to the moral code of The Five Precepts.

Similar to Hinduism, Buddhists believe in karma and reincarnation to the point of ceasing to exist. This is the chief aim of Buddhists and is called Nirvana, an enlightened state that is free from desire. Nirvana is achieved by continually seeking and eventually accomplishing self-perfection.

Buddhism is based on reincarnation and good works. Because of these beliefs, avoid using the phrases “rebirth,” “new birth,” and “born again” in conversation.

When witnessing to Buddhists, it’s important to …

Buddhists revere personal experience as supreme, which is why sharing your testimony is effective. In doing so, you have the opportunity to share God’s solution for sin, Jesus, and that by trusting in His suffering they can have assurance of eternal life that is free from suffering.

Since Buddhists are passionate about social justice, you can also discuss God’s call to love people. It’s key to clarify that Christians do not love others to earn salvation, but as a result of salvation.

Teaching in East Asia
Each year, we supply multiple teachers to several universities to teach conversational English and American culture. This unprecedented access for East-West has also allowed our instructors to teach other courses such as: business, art, music, and Bible, pouring God’s message into future East Asian leaders.

Leadership Training
Buddhist roots run deep in Southeast Asia, but local believers are rising up and desire to be trained to impact their communities for Christ. Since 2003, East-West’s Southeast Asia training center has equipped men and women in evangelism, church planting, leadership, and theology to bring the gospel to the unreached in this predominately Buddhist region.

Read the next post about what the religiously unaffiliated believe.