What do Hindus believe?

This post is part of a series on Major World Religions. East-West’s hope is to equip believers with facts, stats, and tips on engaging people of other religions with the gospel of Jesus Christ. Read the last post about what Muslims believe.

View of Jesus: An incarnation of their supreme god, Brahmin

Although Hinduism is the third largest world religion, its breadth is confined primarily to South Asia. More than 2.25 million Hindus reside in North America.

Hinduism is a polytheistic religion with over 330 million gods and goddesses and one supreme and impersonal god known as Brahmin. Originating in modern-day Pakistan, this faith system is based on reincarnation and a caste system. 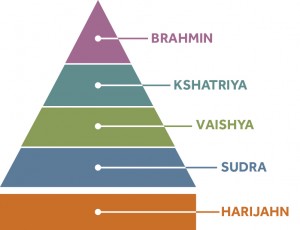 Karma, a system of cause and effect, weighs into where a person ranks in the caste system, determining the blessings and comfort they experience throughout life. An individual’s good and bad actions influence where they rank and what form they reincarnate into, spanning from insects to people. Although this system of karmic consequences was abolished in 1948, great social implications remain since people are considered responsible for their lots in life.

Hindus do not seek salvation, but desire to be released from their karmic debt to end the cycle of rebirth. This is called moshka and is accomplished through works, devotion, and knowledge.

Of all world religions, Hindus worship the most gods … making them very open to conversations about faith. A few approaches to engage Hindus include…

When your conversation transitions to the gospel, it’s important to establish the common ground of Jesus as an historical figure who deeply loves people and desires relationship. Because they believe in a works-based religion, you want to focus on God’s free gift of grace through faith, not works. The idea of not laboring for a better reincarnated life weighs heavy on the Hindu heart.

JESUS Film
The JESUS Film projectors are an innovative way to bring the good news to remote villages in South Asia. Backpacks filled with all the tools needed to project the life of Jesus on screen enable national partners to travel great distances to proclaim Christ crucified. Click here for more information on the Jesus Film.

Orality Partnership with Spoken
In some parts of the Hindu world, written language is non-existent. There’s a need for orality ministry and we’ve partnered with T4 Global to give people in these regions audible and visual access to the gospel. Through travel-size mp3 devices and Bible story performances, God’s Word comes to life … one life-changing story at a time. Click here for more information on orality ministry.

Short-Term Mission Trips
South Asia is the most densely populated region of the world and is home to 2,851 unreached people groups. East-West is burdened for these lost souls and sends short-term teams into this area to travel door-to-door and village-to-village to bring Christ’s light into these spiritually dark lands. Click here for more information on short-term mission trips.