Sharing the Gospel with Hindus

This is the third post in a series about sharing the gospel with people from other major world religions. You can read last week’s post here.

Evangelizing Hindus is key to taking the gospel to some of the most unreached places in the world. Though it is the third largest religion globally, Hinduism is largely concentrated in the Asia-Pacific region, an area with some of the largest unreached people groups.

Hinduism is a religion with many gods (more than 330 million), but not all Hindus are polytheistic. Some Hindus are henotheistic, meaning they worship one god while recognizing the existence or possible existence of other gods.

One of the major beliefs of Hinduism is karma, the law that every person’s actions have equal reactions at some point in life. An individual’s actions in life will determine that person’s outcome in reincarnation, the belief in the soul being reborn after death. Hindus strive to do well in life to end the cycle of rebirth, achieving what is known as moksha.

As practitioners of a works-based religion, Hindus can find relief and joy in becoming followers of Christ. Jesus provides the salvation Hindus are searching for.

Forgiveness of sins or wrongdoing is not an option for the karma-based belief system. For Hindus, the consequences for bad actions continue to accumulate throughout life, making the prospect of achieving moksha seem impossible.

Knowing that good works will never be enough can lead to hopelessness for the Hindu; but for the Christian, this is where the good news begins. Rather than having to pay for all the bad deeds committed in life—a debt too large to pay off—Jesus paid the debt of all sins on the cross. All sins are forgiven for those who accept this propitiation.

Instead of trying to escape the cycle of karma to achieve moksha, a Hindu can choose to escape the entrapment of sin by following Jesus and enjoying complete paradise eventually in Heaven.

“If we confess our sins, he is faithful and just and will forgive us our sins and purify us from all unrighteousness.” -1 John 1:9 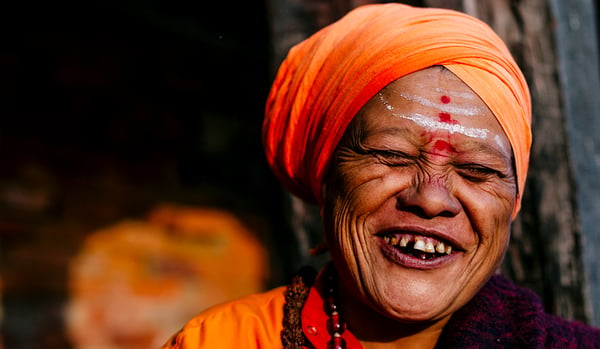 Accepting one God as the only way to salvation can be difficult for Hindus. Each of the more than 330 million gods in Hinduism have different characteristics and abilities. Hindu gods are not omniscient, omnipresent, or personal like God the Father.

God commands for His people to worship no other gods or idols but Him (Exodus 20: 3-5). God notes in these verses that He is “a jealous God (Exodus 20:5),” meaning all worship and praise belongs to Him—nothing else.

And God is worthy of all praise because He is a loving Father. God says in Isaiah 43:3-4, “‘For I am the Lord your God, the Holy One of Israel, your Savior; … you are precious and honored in my sight, … I love you … .’” God loves to the point of sacrificing Himself to save His people (John 3:16); Hindu gods do not love like that.

The vocabulary of Hindus and Christians are vastly different. Hindus will likely not relate to the terms “sin” or “salvation,” and being “born again” means something different to non-Christians. Choose words carefully when sharing the gospel with Hindu friends. Be prepared to define words and phrases in Scripture that may be confusing.

Also remember Paul’s words in 1 Corinthians 9:22: “I have become all things to all people …”. If you are fellowshipping over a meal, keep in mind that many Hindus do not eat beef and/or are vegetarian. Do not try to offend Hindu friends for the sake of boasting in your freedom to eat various foods. Instead, show compassion and respect for their dietary choices “for the sake of the gospel (1 Corinthians 9:23)”.

The goal of evangelism ultimately is not to show that Christians are better than other people but to tell others that God’s grace and love is available to all.

“‘I now realize how true it is that God does not show favoritism but accepts from every nation the one who fears him and does what is right.’” -Acts 10:34-35

The Significance Of Being In Christ

What is the Cost of Obedience?